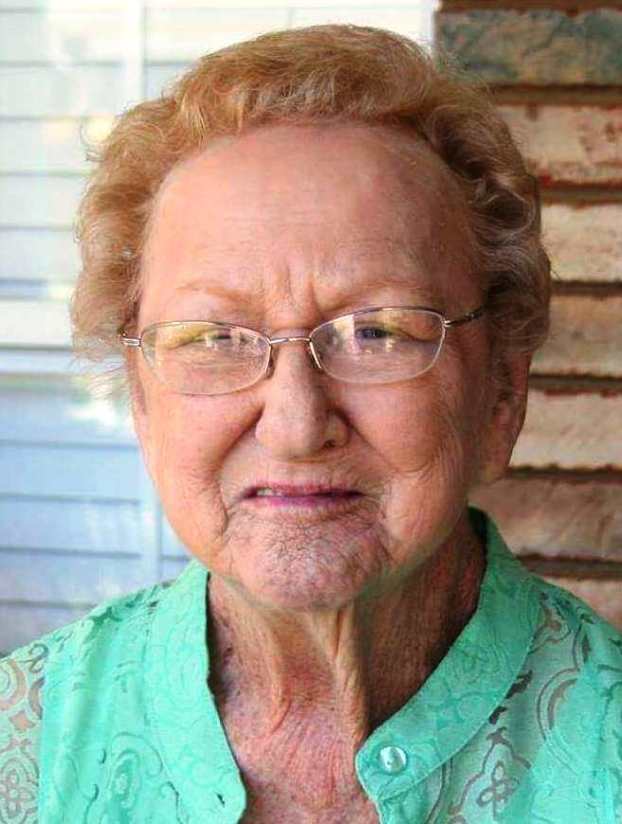 Warner Robins – Sarah Landers, 84, held hands again with her beloved husband of 58 years, SSgt.
Alvin Earl “Sarge” Landers, USMC (Ret.) in heaven on Tuesday, October 31, 2017.
Sarah was born on October 20, 1933 in Cordele, Georgia, to the late Lucius E. and Mary Ida Dwight
Childers. She was a 1950 graduate of West Crisp County High School, where she was the captain of
the girls’ basketball team. Following graduation, Sarah went to work with Southern Bell in Albany
where she met and married Earl. She continued working at Southern Bell throughout her husband’s
military career with the U.S. Marine Corps, eventually retiring as a maintenance administrator.
Sarah and her family settled in Warner Robins in 1962 and began their membership at Northside
Baptist Church. In the 1980’s, the Landers became members of Green Acres Baptist Church and the
Wings Sunday School Class. Sarah enjoyed being a member of the Order of the Eastern Star and
Telephone Pioneer Club.
In addition to her husband and parents, she was preceded in death by her daughter, Arzetta Landers,
and brothers, Dean and Vernon Childers.
Her memory will forever be treasured by her loving daughters, Earline Miles (Jim) of Warner Robins,
Barbara Carstens (Russ) of Byron, and Mercena Landers of Roswell; grandchildren, Nina Kinsler, Paul
Miles, Chrissy Starritt, Melanie Barker, and seven great-grandchildren.
The family will receive friends at McCullough Funeral Home on Thursday, November 2, 2017, from
10:00 a.m. until 11:00 a.m. A funeral service will immediately follow in the chapel of McCullough
Funeral Home with Dr. Johnny Ellison officiating. Sarah will be laid to rest in Zion Hope Cemetery in
Cordele at 2:00 p.m..
The family will accept flowers, or donations may be given in memory of Sarah Childers Landers to
Green Acres Baptist Church Building Fund, 901 Elberta Rd., Warner Robins, GA 31093, or to Heart of
Georgia Hospice, 103 Westridge Dr., Warner Robins, GA 31088.
Go to www.mcculloughfh.com to sign the Online Registry for the family. McCullough Funeral Home
and Crematory has the privilege of being entrusted with Mrs. Landers’ arrangements.